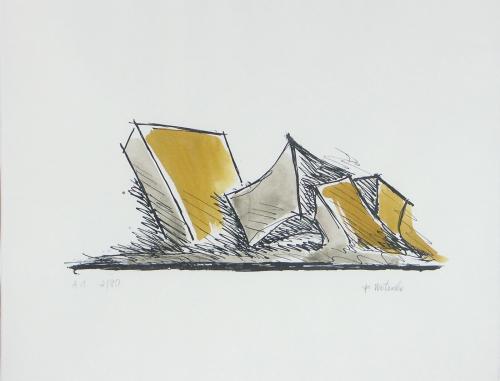 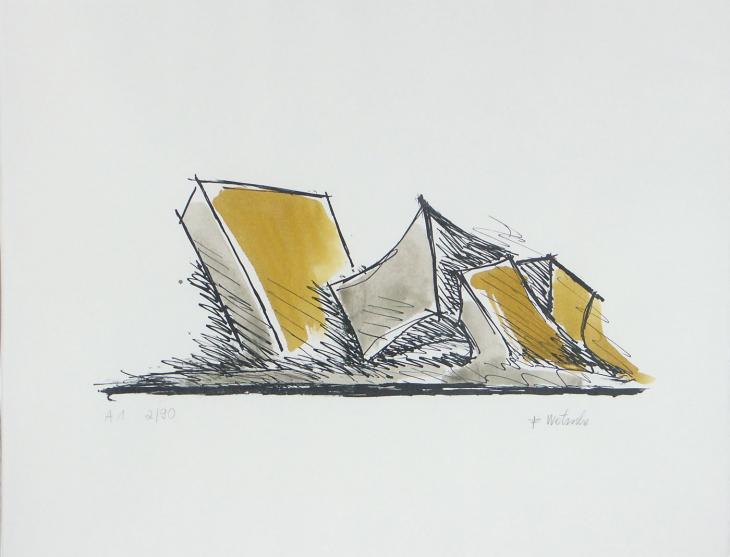 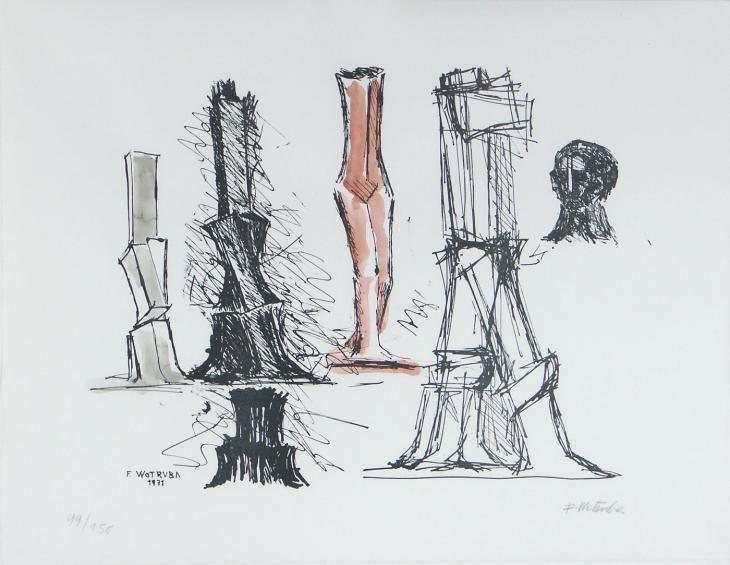 Fritz Wotruba (Vienna 1907-1975 Vienna) is one of the most important Austrian sculptors of the 20th century. In 1945 he was appointed to the Academy of Fine Arts Vienna, where he led the master class for sculpture until his death. Wotruba led the way for many renowned sculptors who emerged from the “Wotruba School” named after him, including Joannis Avramidis, Roland Goeschl, Alfred Hrdlicka and Josef Pillhofer. Wotruba gradually broke away from figuration in favor of geometric abstraction. In his graphic and sculptural work one finds simple forms with the recurring motif of the cube. The Wotruba Church in Vienna's 23rd district is one of the artist's most important works, consisting of 152 concrete blocks of different sizes. The STRABAG Artcollection contains lithographs and drawings by the artist.