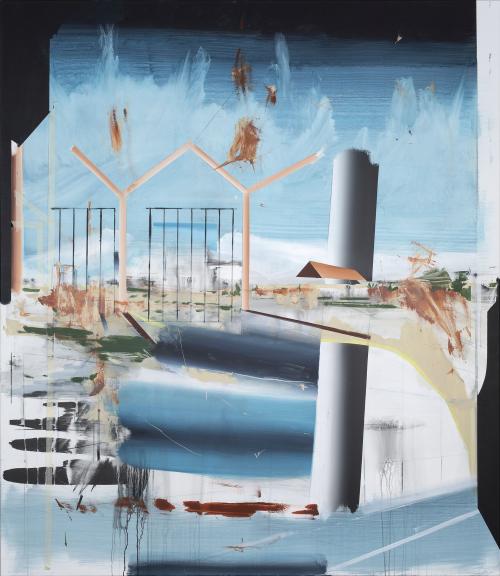 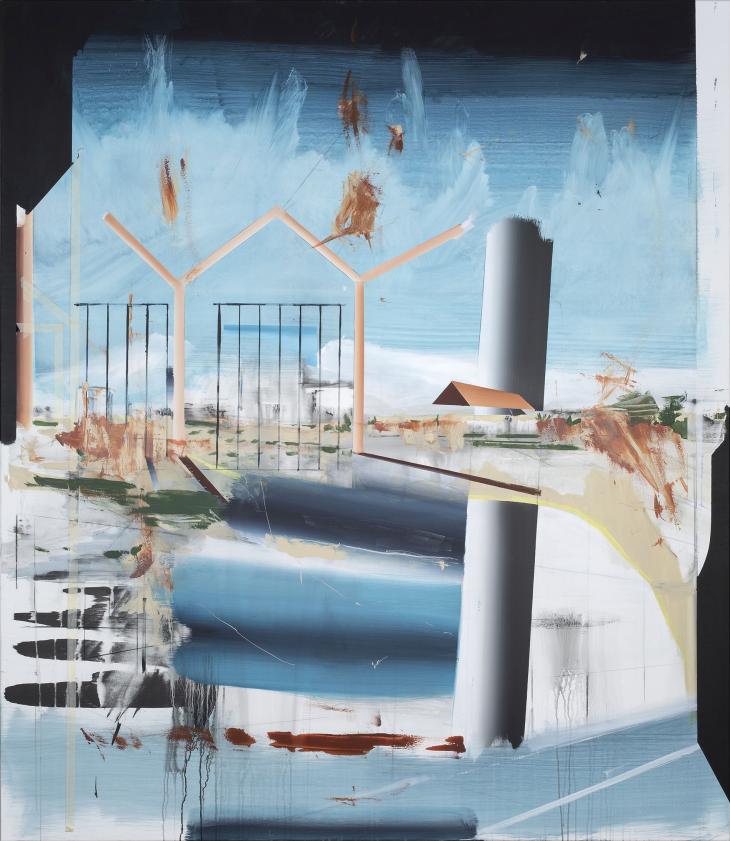 Peter Cvik (Bratislava/SK 1985) studied at the Academy of Arts in Bratislava, in his works he repeatedly deals with the exploration of visual memory.  In doing so, the artist works with his own memories, whether inspired by travel or relocation, he draws from his mental archive.  Everything, according to Cvik, is based on layers or sediments of visual possibilities that we collect consciously or unconsciously throughout our lives. In this, everyone has their own individual atlas of memories. Cvik makes use of this and creates works that awaken numerous interpretations and associations due to their multiple and fragmentary overlays of his motifs. The artist thus creates a visual tension and generates an extraordinary atmosphere. Neither place, nor time of day or night can be determined. Cvik also incorporates contrasts in his works, such as tranquility and dynamism or nature and city. Only some basic architectural fragments such as columns, grids or gable forms are recognizable.